Finding a solution at mediation 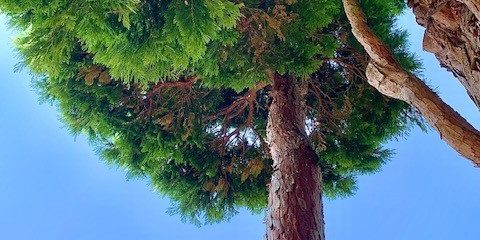 Have you heard the saying about not being able to see the wood for the trees? This can certainly be the case when trying to settle a dispute. Being so engaged with the challenges faced and often numerous issues arising, it can make a way forward appear out of reach and get everyone bogged down in the detail.

One way of addressing this is to visualise the dispute and separate yourself from the issues. Some of us carry the problem around in our heads and end up going around in circles trying to find solutions and then hitting a metaphorical brick wall from over thinking and dwelling on the reasons why a solution would be improbable. The ability to step back is one of the benefits of mediation.

The fact a dispute goes to mediation in the first place means that it hasn’t been easy to reach an agreement so there has usually been a lot of negative communication and interaction before the parties reach mediation. Mediation however is a great opportunity to try something different and to think outside of the box. Unlike in court when the outcome must follow legal precedent and statute, at mediation you can be creative, use business acumen and explore options that work in practice for you without being limited.

Mediators often use flips charts or white boards as a means of putting the problem in a place where those attending can begin to untangle themselves from the issues and move forward to problem solving. This could be during an opening joint session as the parties outline the issues to be agreed and scope out the mediation or when reviewing key issues, stumbling blocks or even offers.

None of this is of course exclusive to mediation. It might be that you start with your version of mind mapping, having a prompt for the things that are important to you at that moment and that you don’t want to forget. The other benefit as well of committing these thoughts to paper (or screen) is that you no longer carry them around. Just as many sleep experts will say have a notebook handy by the bed to jot down anything that comes to mind so you can relax knowing it will be there as a prompt in the morning; here too it can be helpful in spotting something that is missing. It can provide the opportunity for a different and fresh approach.

I’m often asked how mediation can work when negotiations have failed. There are many reasons not least the addition of an intermediary. Reports show that 80% of mediations settle and disputes that appear impossible to break can and do resolve during mediation – it’s often comes down to trusting the process and providing space to do things differently.

The best advice? Don’t keep going over the problem in the same way you have done. It was reportedly Einstein that said the definition of insanity was doing the same thing repeatedly and expecting a different result. Solicitors can write fantastic letters crafting out impressive arguments (I did this myself many times) It is more often the case though that repeating those same arguments again and again as though it will make the other party cave in to all demands more often that not doesn’t change anything.

Instead, consider what it is that can be done or said differently, that’s unexpected and that shifts the basis of the position for the parties constructively to a solution. The mediator is there also as a coach as well as to guide the parties on negotiation – tap into those mediation skills too and work collectively to reach your Settlement Agreement. With such a high success rate, it is worth it.

Can I work during a mediation?
August 2, 2022
Most Recent Posts
Categories
Go to Top
We use cookies on our website. By clicking “Accept”, you consent to the use of ALL the cookies. However, you may visit "Cookie Settings" to provide a controlled consent.
Cookie SettingsAcceptRejectRead More
Manage consent

This website uses cookies. Out of these, the cookies that are categorized as necessary are stored on your browser as they are essential for the working of basic functionalities of the website. We also use third-party cookies that help us analyze and understand how you use this website. These cookies will be stored in your browser only with your consent. You also have the option to opt-out of these cookies. But opting out of some of these cookies may affect your browsing experience.
Necessary Always Enabled
Necessary cookies are absolutely essential for the website to function properly. These cookies ensure basic functionalities and security features of the website, anonymously.
Analytics
Analytical cookies are used to understand how visitors interact with the website. These cookies help provide information on metrics the number of visitors, bounce rate, traffic source, etc.
SAVE & ACCEPT